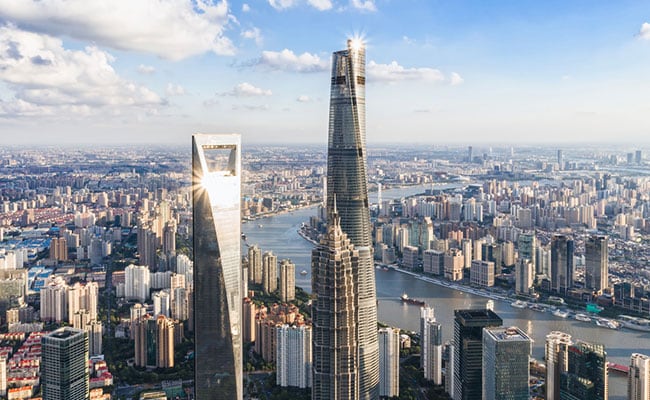 Millions of census-takers began knocking on doors across China on Sunday for a once-a-decade head count of the world’s largest population that for the first time will use mobile apps to help crunch the massive numbers.

China conducts the census every ten years to determine population growth, movement patterns and other trends, using the findings to apportion resources for education, health, transportation, labour, elderly care and other services.

Much of the attention on this year’s census — expected to take two years to fully compile — will focus on whether it indicates any population bump from China’s relaxation of its former “one-child policy”.

The policy was introduced in the late 1970s to slow rapid population growth amid concerns over too many mouths to feed, but was relaxed four years ago to allow two children due to fears over China’s fast-ageing society and shrinking workforce.

But the change has not yet resulted in a baby boom.

The national birth rate last year was the slowest since the founding of Communist-ruled China in 1949, with many Chinese today choosing smaller families amid rising living costs.

The government estimates the 2020 census could update the population to 1.42 billion, a 5.99 percent increase.

A research institute affiliated with real estate giant Evergrande Group last week issued a study saying the government figure was an overestimate, and recommended that three children be allowed.

“If adjustments are not made, it will seriously affect national rejuvenation and (China’s) rise as a great power,” the researchers said, citing two of the stated goals of powerful President Xi Jinping.

The study sparked a passionate online discussion, with many saying the real curbs on childbirth are rising costs and insufficient policy support for families.

“Even a ten-child policy is useless until we create a society that is childbirth-friendly and childrearing-friendly,” said one widely “liked” comment on the WeChat platform of Chinese internet giant Tencent.

Demographic experts have estimated it could take 15 years for the two-child policy to have any noticeable effect as other modern factors mitigate against rapid growth, including increasingly empowered Chinese women delaying or avoiding childbirth, and the slower population growth that comes with rising national affluence.

Despite the door-to-door visits, most citizens are expected to enter their information via a smartphone app, adding to rising concerns about privacy protection.

Vast amounts of Chinese economic activity and payments are handled through digital apps such as WeChat and its rival Alipay, offered by Alibaba-affiliated Ant Group.

Many consumers accept the resulting surrender of data on their buying habits, travel, and other personal information as a small price to pay for digital conveniences.

But others increasingly worry over privacy and data security, heightened further this year with China’s introduction of a nationwide system of digital “health codes” that score citizens on whether they pose a potential coronavirus threat and which must be shown to enter many public venues.

The National Statistics Bureau, which oversees the census, vowed in May that all personal data gathered during the process will be kept strictly confidential and used for no other purpose than the census.