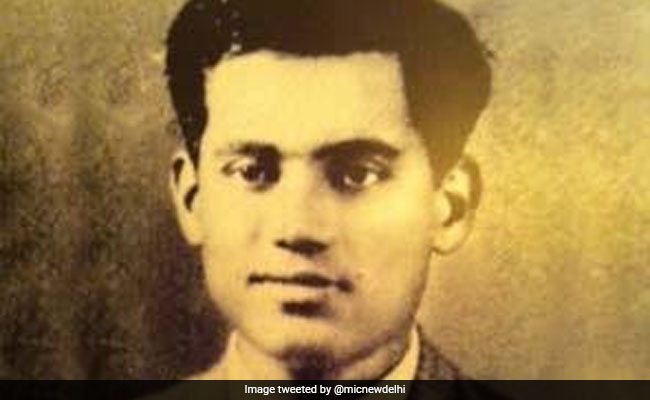 A bronze statue of Dr Kotnis was unveiled at the medical school at Shijiazhuang in September.

China on Sunday commemorated the 110th birth anniversary of Indian doctor Dwarkanath Kotnis who served in the country during the Chinese revolution headed by Mao Zedong and the World War II.

Dr Kotnis, who hailed from Sholapur in Maharashtra, came to China in 1938 as part of a five-member team of doctors sent by the Indian National Congress to help the Chinese during the World War II. He joined the Communist Party of China in 1942 and died the same year at the age of 32.

The Chinese People’s Association for Friendship with Foreign Countries (CPAFFC), an official body of the Chinese government, held an online commemorative event along with the Director of the Centre for South Asian Studies of the Peking University.

Ma Jia, a senior official from the Chinese Embassy in India, as well as teachers, students and media representatives from Chinese and Indian universities attended the online event, a CPAFFC press release here said.

Chairman Lin Songtian of CPAFFC and teachers and students of the universities of the two countries who attended the event had a candid dialogue on promoting the spirit of Dr Kotnis, correctly understanding the current Sino-Indian relations, and promoting Sino-Indian youth and cultural exchanges, it said.

Lin said this year marks the 70th anniversary of the establishment of diplomatic relations between China and India.

“At a time when the world has undergone major changes unseen in a century and China-India relations are facing temporary difficulties, we solemnly hold the Kotnis commemorative event on the anniversary of Dr Kotnis’ birthday, which is of great significance,” he said, apparently referring to the current border tensions between the two countries.

“Hope to cherish the memory of this good friend of the Chinese people and an outstanding internationalist fighter, and call on the Chinese and Indian people, especially the younger generations of the two countries, to further carry forward Dr Kotnis’ international humanitarian spirit, jointly maintain peace in Asia and promote world prosperity and development,” he said.

Dr Kotnis’ medical assistance during the difficult days of the Chinese revolution was praised by Chinese leader Mao Zedong. His status and memorials were also set in some of the Chinese cities in recognition of his services. He was married to Chinese national Guo Qinglan, who died in 2012.

A bronze statue of Dr Kotnis, known in China as Ke Dihua, was unveiled at the medical school at Shijiazhuang in September.

Apart from the school named after him as the Shijiazhuang Ke Dihua Medical Science Secondary Specialized School, there are memorials of Dr Kotnis in both Shijiazhuang, the capital of Hebei province, and Tangxian county where he worked.