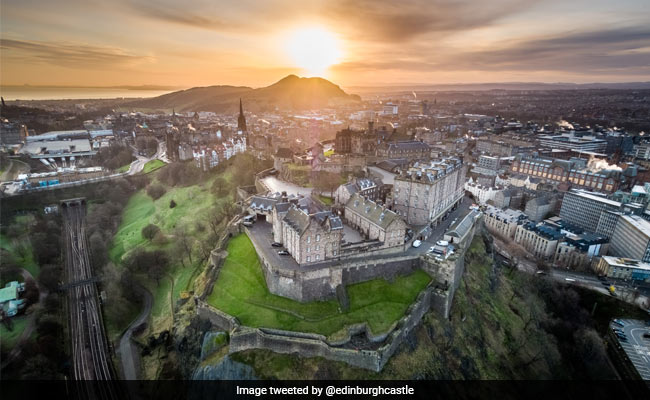 Edinburgh Castle, the world-famous historic fortress and tourist attraction in Scotland, will review the wording of a sign about the 1857 revolt, referred to as the First War of Independence against British colonialism in India, that was flagged as “inaccurate” by an Indian-origin visitor.

Vivek Majumder, a junior doctor from the Marchmont area of the city, spotted the sign next to the “India Cross” on the castle esplanade while on a walk last month. It honours Scottish troops as “heroes” in a bloody campaign which culminated in the victory of British forces during the Siege of Lucknow over rebel Indian troops.

“The description of the battle wasn’t inaccurate, it was more how the belligerents were presented I took issue with,” Mr Majumder told local Scottish media.

The Siege of Lucknow followed from what the British dubbed as a “sepoy mutiny” of most of the 100,000 soldiers in the British East India Company’s Bengal Army, stationed in North India, in 1857.

Sir Henry Lawrence, the East India Company’s Commissioner in Lucknow ordered his garrison to retreat into the British Residency in the city. The soldiers survived for six months before they were finally reached by a force including the 93rd Highlanders, under the command of Scottish general Sir Colin Campbell.

According to ‘The Scotsman’ newspaper, a week after Mr Majumder emailed an official at Historic Environment Scotland (HES), which is responsible for the signs at Edinburgh Castle, officials accepted his criticism and promised to re-write it.

“We agree the use of the contemporary British description of the regiment as the ‘Heroes of Lucknow’ lacked qualification in the context of the siege and the Indian Rebellion of 1857,” a spokesperson for HES said.

“A fuller context of the siege, including from an Indian perspective, is critical for our visitors to better understand this event and why it led to the erection of the India Cross on the Esplanade at Edinburgh Castle. As such, one of our historians is currently undertaking research into the siege and the Rebellion of 1857 to ensure the new content on an updated panel, is accurate and balanced,” the spokesperson said.