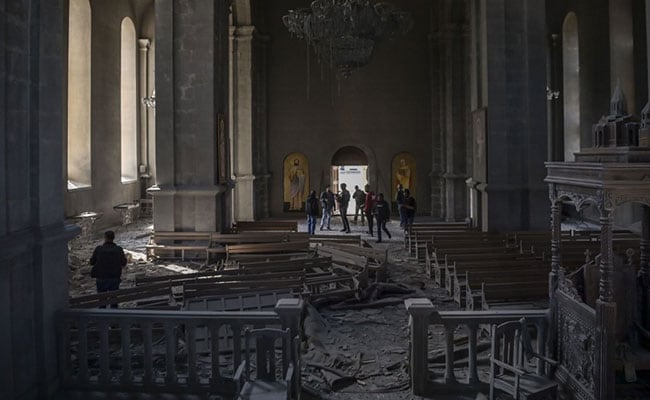 There was a gaping hole in the roof of the Ghazanchetsots (Holy Saviour) Cathedral.

Armenia said Thursday that Azerbaijani forces had shelled a historic cathedral in Nagorno-Karabakh’s city of Shusha, where AFP journalists saw the church had suffered serious damage.

There was a gaping hole in the roof of the Ghazanchetsots (Holy Saviour) Cathedral, an iconic site for the Armenian Apostolic Church.

Rubble was strewn about the floor, pews were knocked over and the interior was covered in dust from parts of the building’s limestone walls that had been hit. A section of its metallic roof had collapsed and fallen to the ground outside.

“There is no military, nothing strategic here, how can you target a church?” local resident Simeon, who lives near the church, told AFP.

“It is a very important cathedral for Armenians…. God will be the judge.”