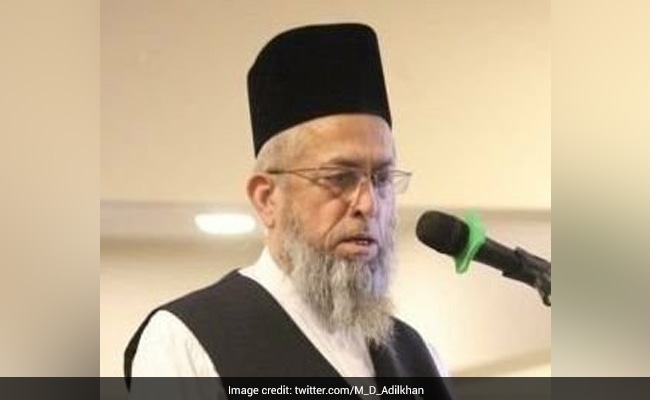 Dr Adil Khan was shifted to the Liaquat National Hospital where he was pronounced dead on arrival.

An influential Pakistani Sunni Muslim cleric was shot dead along with his driver by unidentified attackers in Karachi city, according to media reports.

Mr Khan was the son of late prominent scholar Maulana Saleemullah Khan, who founded the Jamia Farooqia, a seminary located in Shah Faisal Colony. Jamia Farooqia adheres to the Sunni Muslim teachings of the Deobandi sect.

According to a police statement, as the car carrying Mr Khan stopped near a shopping centre in Shah Faisal Colony to purchase sweets, armed pillion riders opened indiscriminate fire on the car and fled.

Mr Khan was shifted to the Liaquat National Hospital where he was pronounced dead on arrival, the Dawn quoted hospital spokesperson Anjum Rizvi as saying.

A third person, Umair, who was also accompanying the scholar survived the incident as he had gone inside the shopping centre to buy sweets, the Geo News reported.

Police chief Ghulam Nabi Memon said three men were on the motorcycle. One got off and fired the shots.

“We are gathering statements from eye-witnesses,” he was quoted as saying by The News International.

According to Counter-Terrorism Department (CTD) in-charge Raja Umar Khitab, the attack is “a conspiracy to incite sectarian violence”, the report said.