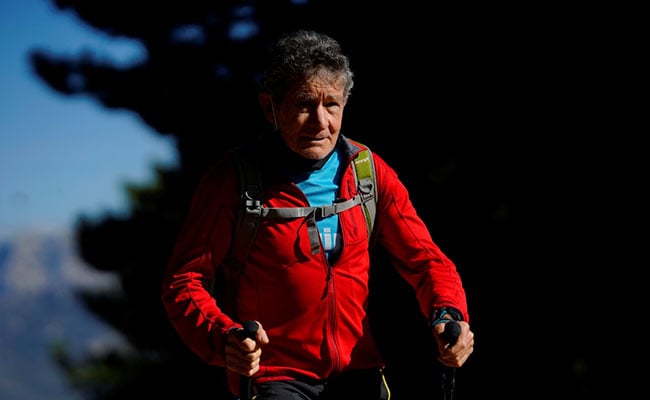 Spanish mountaineer Carlos Soria is training to tackle one of the world’s highest peaks.

At 81 years old Spanish mountaineer Carlos Soria is training to tackle one of the world’s highest peaks, a challenge he will dedicate to elderly victims of the COVID-19 pandemic.

“To all those who have disappeared because of this terrible pandemic, this terrible crisis, I want as an elderly person to dedicate it to them,” Soria said outside his home in the Sierra Guadarrama mountains, north of Madrid.

Travel restrictions permitting, Soria hopes to go to Nepal in the spring to take on the 8,167-metre Dhaulagiri climb.

After conquering 12 of the world’s 8,000-metre peaks, Soria wants to complete the list with Dhaulagiri and Tibet’s Shishapangma to become the oldest climber to summit the planet’s 14 highest peaks.

He had aimed to do so earlier this year, but the pandemic thrust much of the world into lockdown and put his plans on ice.

Undeterred, he made the most of being stuck at home by sleeping in a hypobaric chamber that replicates the atmospheric conditions of life at 5,000 metres above sea level.

Soria keeps his skills sharp by running miles through the steep foothills and using ice axes to scale a rudimentary climbing wall in his conservatory.

“With all this mess going on in the world, being locked up here wasn’t the worst thing that could happen,” Soria said during a break from training.

“Now I’m a bit older I think it’s a beautiful idea to show people of a certain age that they shouldn’t abandon things just because of their age.”