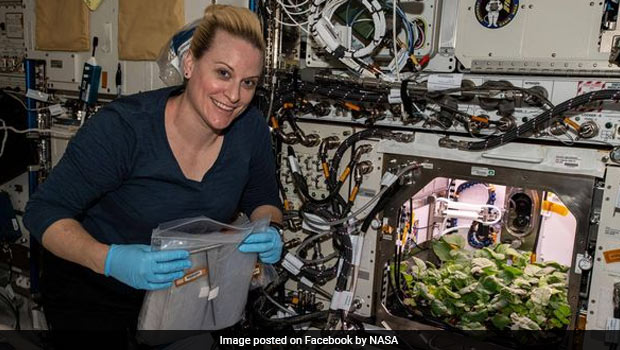 In a first of its kind initiative, astronauts at National Aeronautics and Space Administration (NASA) harvested radish plants aboard International Space Station on November 30, 2020. These plants were grown in the Advanced Plant Habitat (APH). For the uninitiated, APH is the growth chamber in space station that is roughly a size of a mini-fridge and designed to test the growth condition of plants in space. This experimentation was referred to as Plant Habitat-02 (PH-02), where 20 plants were grown in the APH after analysing their “CO2 effects and mineral acquisition and distribution”.

The researchers collected the radish plants, wrapped each in foil and placed them in cold storage “for the return trip to Earth in 2021 on SpaceX’s 22nd Commercial Resupply Services mission,” read a report on the NASA website.

They also captured the whole growth process of the radish plants and shared a 10-second video on the official Twitter handle of International Space Station. They wrote alongside, “Radishes grow fast, but maybe not this fast! Check out one month of @Space_Station radish growth in 10 seconds.” Let’s take a look at the video:

Radishes grow fast, but maybe not this fast! Check out one month of @Space_Station radish growth in 10 seconds.⏱️
Radishes are used for the Plant Habitat-02 study because they’re nutritious, grow quickly and are genetically similar to Arabidopsis, a plant often studied in space. pic.twitter.com/f3c8urlCei

While speaking about the reason behind selecting radishes for the experiment, NASA informed that this vegetable grows quickly, gets matured in just 27 days and also have a rich nutrient-profile. Moreover, they are genetically similar to Arabidopsis- a cabbage-like flowering plant often studies by the researchers in microgravity of space.

Space harvest complete! ????‍????????‍???? Astronauts on the International Space Station have collected the first ever radishes…